After a cruise around the Harbour I got myself settled in at Pool Quay which is right in the thick of it in Poole. Its a really good spot and a perfect place for Sarah to meet me as the station is only a 10 minute walk away and there is also a big car park behind the Thistle Hotel across the road where Mum, Joanna and the boys could park when they arrived. I had a full day cleaning Fiesta and moving stuff around inside to make enough space to get everyone onboard and at 7pm I walked to the station to meet Sarah. I had planned to be chivalrous and help Sarah with her bag (suitcase – silly me) but there was absolutely no way I was going to walk down the mean streets of Poole with a bright fuchsia pink suitcase in tow so Sarah had to take care of her own bag transportation.

Being the Friday night of a bank holiday and happily reacquainted it seemed like the right thing to do was to hit the town. There were two pubs next door to each other about three minutes walk from the boat. One was the Lord Nelson and the other was The Jolly Sailor. The Lord Nelson looked great but once we were close, the sight of doorman outside, lots of young drunken revelry and really loud music made us swerve to the left and into The Jolly Sailor where the doorman were on the inside along with an even more plentiful supply of young drunken revellers and really really loud music. Well, we were in now so may as well crack on.
Inside there were more tattoos on display than skin and what skin there was to see is not the skin that you need your girlfriend to catch you looking at! Girls, girls, girls….Well done you! Plenty of places to park your bike….

It was immediately clear to me that being 41, sporting a sailing fleece and my blue and white deck shoes was going to make blending in here a bit of a challenge. In an attempt to rescue this situation I gave it my best shot with my order at the bar. ‘Alright love, can I av a pint of this one? Yeah that one, lovely fank you, cheers’. Job, done – I think I nailed it. ‘Sarah, what about you’? Sarah says ‘HI! Can I please get a glaaass of Prosecco’. Honestly Sarah, just for once can you drink a fake red bull based drink or some other kind of tart fuel and try not to be so lovely or so North American? Your life might depend on it!!!!
Anyway, as it turned out my concerns were unjustified. We had a great night. The young through to old of Poole were having it large with complete reckless abandon and it was a lot of fun. In the interest of equality there were fights involving both men and women and I imagine a pretty long queue at the chemist in the morning or a further increase in population to follow albeit no increase in the gene pool. What a lot of fun, thank you to The Jolly Sailor!

Mum, Joanna, Tom & Jack arrived on Saturday and we had a lovely day exploring Poole. Our visit coincided with a Maritime Festival celebrating Poole’s seafarer heritage and amongst other attractions there was a ferris wheel that we all went on and got some beautiful views of the harbour. The old dear wasn’t particularly happy with it and announced that she wanted to get off after about half a revolution. To Mum’s credit she was receptive to being convinced otherwise (held down and told to shut it) and we all emerged unscathed.
Sunseeker make their boats here so we had a look at their very special latest offering which the boys loved and enjoyed the glorious sunshine. After dinner onboard Fiesta and plenty of prosecco it was the end of a lovely day and with every laying down space taken onboard, it was time for bed although by this time it wasn’t a peaceful night because the wind had now picked up and was whistling through the rigging.

After breakfast on Sunday and all to soon, Mum, Joanna & the boys were off. It was fantastic having you all down so thank you very much for making the drive down see me. From here on, the further West I go the harder it will be for a flying family visit but with Joanna, James and boys holidaying in Croyd in a month or so hopefully we will be able to have a catch up again then……

The strong wind that was now blowing had also brought heavy rain (the first of this trip) and the plan was to leave Poole Harbour today and get to Weymouth. I checked the forecast and there was a mini depression floating around and no one seemed to know where it was likely to go so some forecasts were saying 35 mph gusts (gale 8) and some were saying that the wind would be levelling out around 20 mph and decreasing as the day went on. The one thing that was constant was the wind direction and that was favourable for a trip to Weymouth so the decision was made to ready Fiesta for sea and poke our noses out of the harbour for a look.
The charts show a lot of overfalls around here which are areas of turbulent water caused by strong currents flowing over submarine ridges or meeting of currents around headlands plus the almanac warns of quite a big swell building at the entrance for Weymouth in Easterly winds so everything that could fall over, whisky bottles, wine glasses, dogs and Canadians were packed away or lashed down and we set off. I plotted a course to stand well off the headland and away from the overfalls but as we skirted the edge of the overfall area the motion was pretty uncomfortable, there was quite a bit of water over the deck and the swell was at two to three meters. However, once we made a turn, passed St Alban’s Head and pointed at Weymouth the wind and and waves were directly behind us and it was a really good sail into Weymouth. The wind never did gust to a gale 8. We had 25 knots across the deck which is about a force 6 but that decreased until we were left with about 10 knots and a fairly boisterous swell running into Weymouth. To get to Weymouth entrance you go passed Portland Harbour and get an ominous view of Northe Fort which is now decommissioned and is a museum but still has the guns on top and a very rocky outline. Once passed the Fort the entrance into Weymouth opens up and after obtaining permission to enter from Weymouth Harbour Radio you head in and as soon as you are between the piers the water is completely flat, the harbour is in front of you and is absolutely beautiful. I can only imagine what a sight for sore eyes this place would be on escaping a storm outside, threading the needle between the two piers and into the instant calm and protection of the harbour. It would make you want to run to the nearest pub, of which there are loads, and celebrate your safe arrival. Funnily enough that is exactly what we did! Our celebration was not escaping a storm but the milestone of arriving in Dorset. I am really proud of Fiesta for getting us here in such safety, ease and comfort and from here on the coast is dramatic and exciting, the next milestone being the rounding of Portland Bill with its notorious tidal race and then onwards West.

Yesterday (Monday) Sarah, Max and I explored Weymouth inclusive of a visit to Northe Fort where there are some fantastic views of Portland harbour. We walked miles and miles and loved what we found. We are moored up in the main harbour which is still commercial as far as fishing boats are concerned so there is a lot coming and going. Being in this spot was a bit of an accident. I had planned on going through the lifting bridge and into the inner harbour where the marina is. However, when I spoke to Weymouth Harbour Radio they said we could stay on their pontoon in the outer harbour and this is definitely the preferable place to be. Its a really pretty old school harbour with a lovely walk round to the cosy pubs on the other side or alternatively the local ferry boat man will row you across for a pound.
I suppose I have to accept that at some point I will probably find a sh*t hole but it hasn’t happened yet!
Its Sarah’s last day here before she heads back to London later and she probably won’t be back onboard for a month.  Once again the sun is out so we’ve got to make the most of the day…..

The view from the ferris wheel 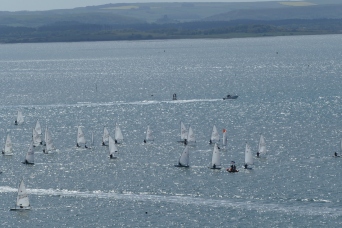 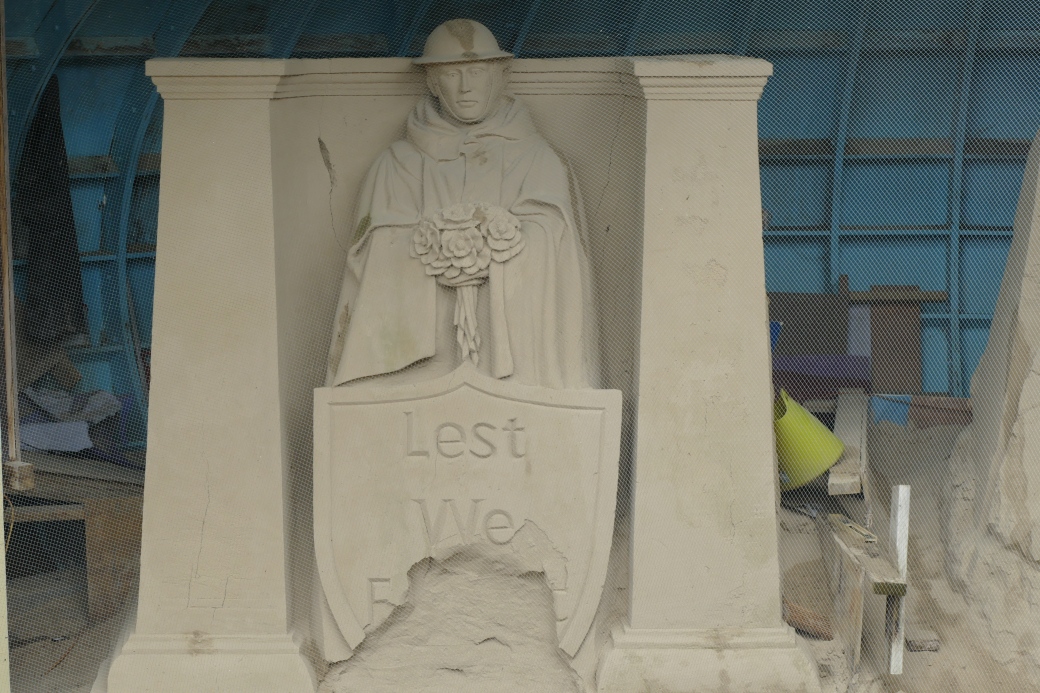 The Fort and view towards Portland 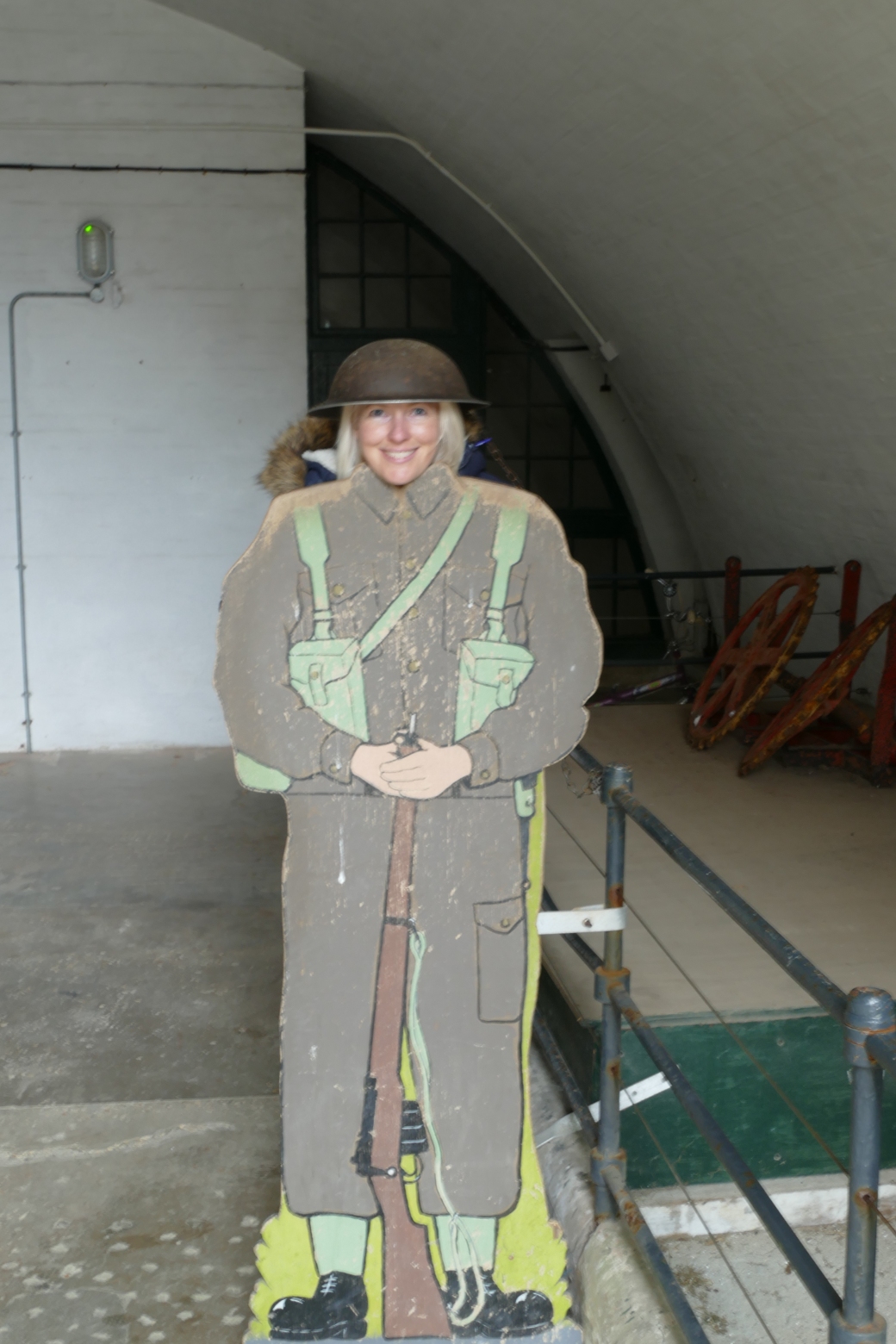 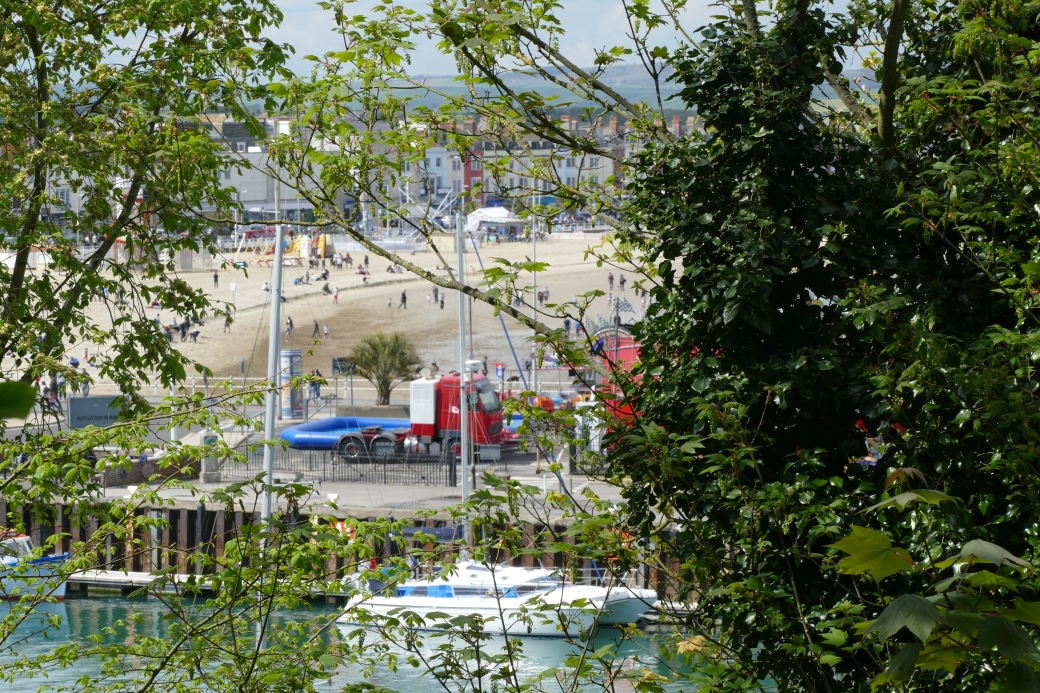 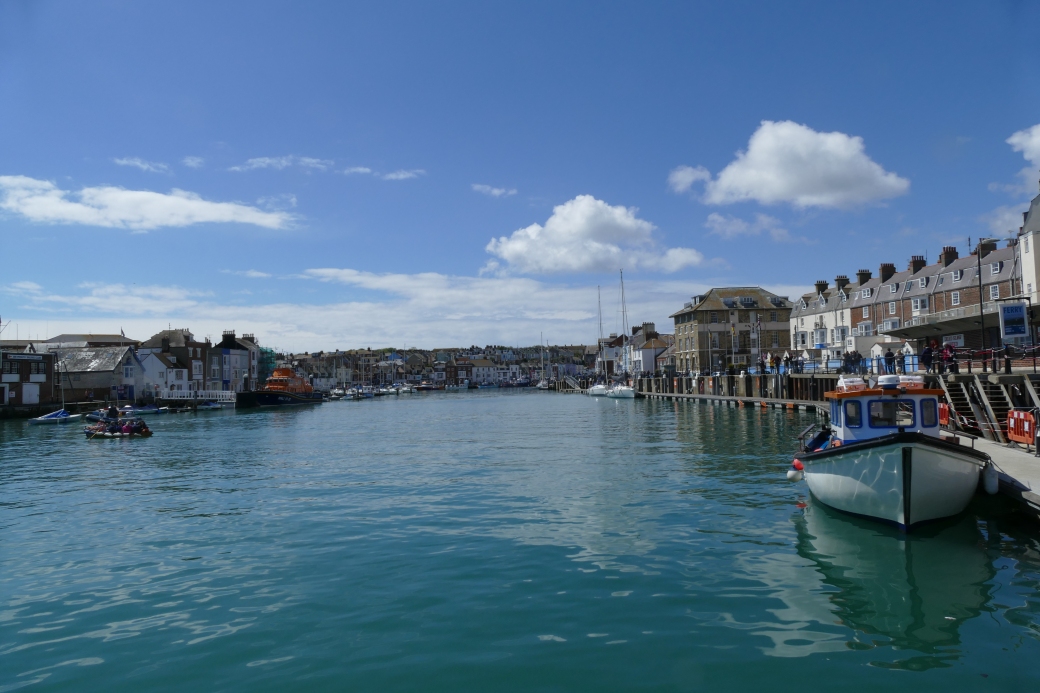 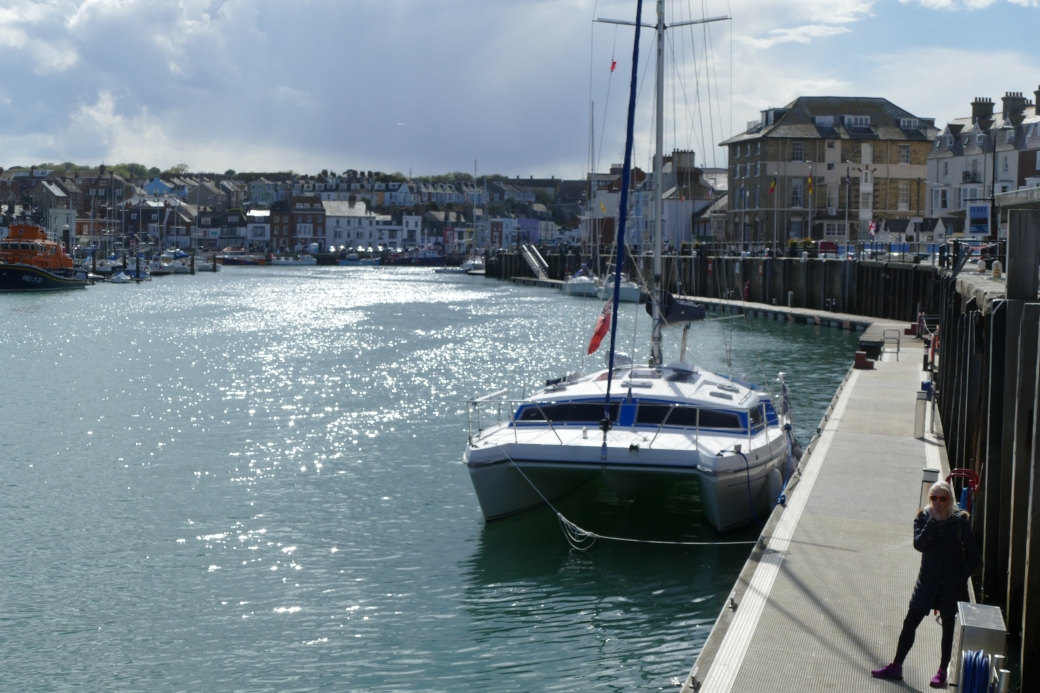 4 thoughts on “Fun at Poole and on to Weymouth”