I can’t think of a nicer place to write a blog than right here with the view below….Didn’t catch a thing though!

This beautiful little anchorage is called Porthlysgi which is pronounced ‘Aventgotacluemate’. So, I made it across from Ireland.
I had dinner with Amy and Maria in a place called The Munster preceded by a drink in a cracker of a bar called Geoff’s bar in Waterford. I was due to leave with the tide at about 9pm but before that happened I met my kite surf instructor in the car park to do a dodgy little deal and in exchange for some Euros I walked away with some kitesurfing gear. Oh yes, ‘All the gear and no idea’ is alive and well in my life.

After a fantastic 10 nights in Waterford I left the marina and anchored at Creadan Head which is about four miles from the entrance of the River Suir. It isn’t a designated anchorage and usually I only go for those that are but it was pretty windy and the anchorage at Ballyhack where Sarah and I had stayed for our first night in Ireland was pretty exposed and as I motored passed it in the dark I was getting spray over the deck. That would not be a comfortable place to be. I pushed on to Creadan Head and hid behind the headland where it was much calmer and shallow enough to chuck the anchor over the front. This spot was about 10 miles from Waterford so it was now quite late. As soon as the anchor was down I went to bed. My alarm woke me at 4.30am and I was on my way at 5am bound for Wales. Having agreed to meet Russ in Solva on Thursday I was a bit early but after a prolonged period of high wind the forecast was now telling me that the wind was dropping and it looked like Wednesday would be very calm. There is no way I wanted to motor all the way over so I decided to go on Tuesday while there was still a bit of breeze forecast.
It wasn’t very windy and I had hoped not to use the spinnaker as it takes 25 minutes to get the thing up and I felt like I had played with it enough for a while. However, as soon as I was out of the River Suir it became clear that I needed it if I was going to get across before dark. The spinnaker went up and so did my speed but then as Mr Sod’s Law dictates the wind went round to the South from Southwest and you can’t go as close to the wind with the spinnaker up but if I took it down again and went in the direction that I needed to my speed would be, very approximately, f*ck all. Instead I elected to let the wind and tide push me further North and I decided to worry about making up lost ground when I got to the middle. Just when I was worrying that I had made it tough on myself by getting this far off course the wind switched on again and went back to Southwest so I took the spinnaker down, rolled the jib out and pointed straight at St Davids Head which was where I wanted to be heading! This little helping hand from the wind god was accompanied by a visit from Flipper and his mates. In fact they visited three times as I closed in on the Welsh coast. Have I seen it and done it now as far as dolphins are concerned? No way!!! I’m still as excited to see them now as I was when they first appeared when I was going to Salcombe. For me it’s just pure magic when they show up. They are awesome creatures. Sometimes they stay for a while and other times I feel like they a have arrived and then thought ‘Boring mate. You’re far too slow’ before disappearing into the blue.

I am used to strong tides and a few areas of disturbed water from my previous sailing experiences but nothing prepared me for the tides and overfalls here. I aimed to pass to the left of South Bishop Lighthouse but once I was within about four miles it was clear that the tide was going to sweep me straight passed so instead I aimed a long way left of it and passed about half a mile right of it! There was so much swirling, boiling, angry looking water all around the boat. It’s scary because you end up sailing through patches of water that look like they are breaking over rocks but in fact it’s over 100 feet deep. It’s also like being in a washing machine (I imagine) as the boat gets thrown around all over the place. It’s time to hold your nerve, trust the chart and be sure you know where you are.
I was extremely happy when Aventgotacluemate anchorage appeared in sight and as soon as I was within it, all was calm and still. I anchored in a nice big spot well clear of any shallows surrounded by dramatic rocky cliffs. I feel like this a taster of what lies ahead of me in Scotland. It’s beautiful.
The anchor was down at 6pm making it a thirteen hour trip across and it was nice to be back to mainland Britain. I got Max into the dinghy and we went ashore. The boy did well! Last wee stop was in Waterford about 21 hours before. I used to support him and share his pain by trying not to go to the toilet on long trips but heavy wee soaked jeans are really uncomfortable and they chafe after a while so I don’t do that anymore.

I felt beaten so at 9.30pm I set the anchor alarm, went to bed and slept for 10 hours. Bliss.
In the morning the ship got a tidy up and Max got a long walk which was going very well for him until he found a dead sheep on the beach to roll in. Why, why, why do dogs wish to smell precisely opposite to how we want them to? I told him to enjoy it while it lasted and about 10 minutes later his fun was over. He got dunked in the sea before we got back in the dinghy, a lynx bath on deck (cold water – serves him right) and then I lowered him over the side of the dinghy for a swim to rinse off. I thought this was fair. We’d now both had equal feelings of joy and anger but I laughed last as he shivered!

So this is Russ Alexander’s hood. I am about four miles west of Solva where Russ has had a presence pretty much all of his life although just recently he has given up parking his caravan on the local village green once and for all. Over recent years councils have put so many concrete blocks across entrances to fields and parks that even the oldest and most experienced pikey I know has had to admit defeat and has bought something made of stone. I’m meeting up with him later and I’m looking forward to seeing his new place. I’ve bought a can of spray paint and will be painting some wheels on his house so the transition will be easier for him.
Over the next few days there are a few other reprobates coming to Solva for the weekend all staying at Russ’s so it should be fun. Russ grew up in Sarf London and is a staunch Millwall FC fan so if we get this right, by the end of the weekend Russ’s new neighbours will have left town with the few possessions that they have managed to keep hold of, there won’t be a car sitting on anything but it’s roof and the local Texaco will have a ‘Sold out’ sign silhouetted against the smouldering backdrop of Solva.
Roll out the barrel. 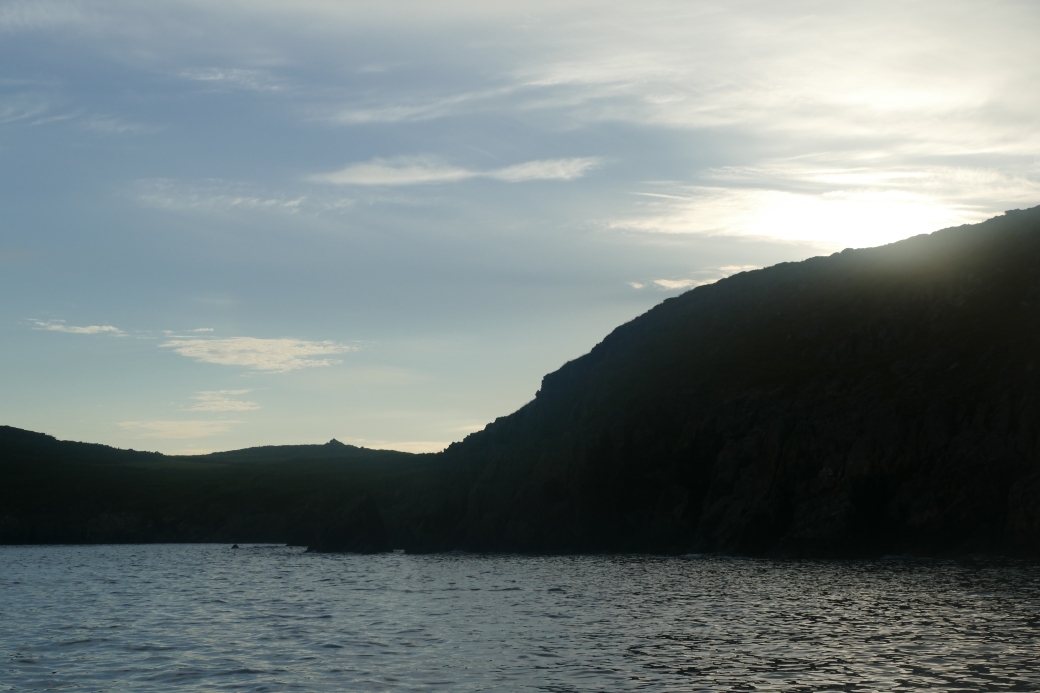 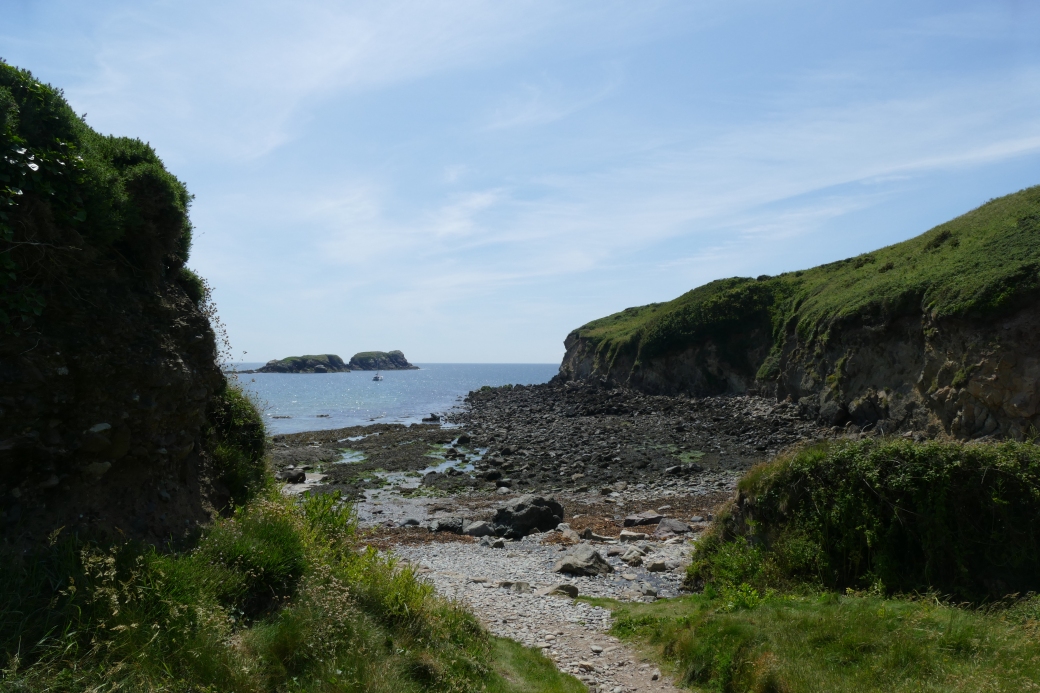 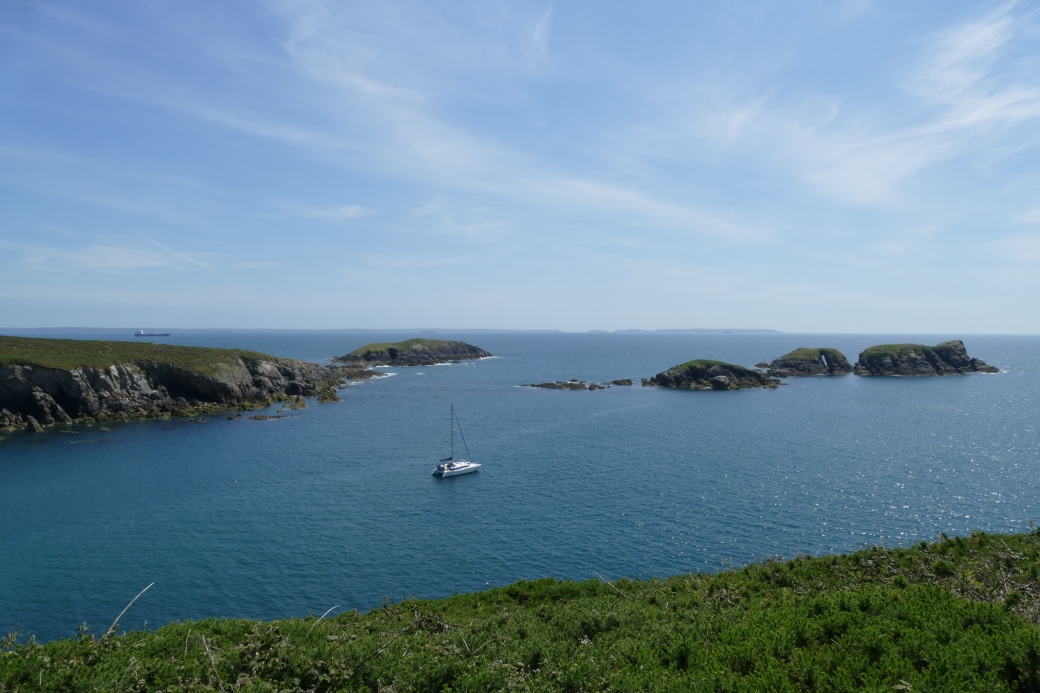