Getting into Salcombe was easy. You can’t really see the entrance on approach until you are fairly close at which point it opens up in front of you between the dramatic rocky cliffs. The only thing you actually need to enter anywhere by boat is a chart as this tells you very factually all you need to know. However, I have also bought various ‘cruising companion’ books which are written for sailors by sailors and they give you real time instructions such as ‘You will see a conspicuous white house on the West side of the entrance. This is called Bar House and overlooks the bar. When you are under the house you are over the bar and you will see two poles in the water (blimey, they’ve swum a long way), one close and the other further behind and to the North. Line them up and following this line in will provide a safe passage past the rocks all the way until you can see the main channel markers’.
The bar is only a problem at low tide when its a bit shallow but I went in at about half tide, eyeballed the poles and the tide swept me in. Lovely – nice and easy. This written commentary is just what you need when all around you and very close on the West shore are big rocks sticking up out of the water and all you want to do is go down below and check what you have already checked a million times when the inevitable bit of self doubt creeps in again.

I think anyone who has heard of Salcombe is aware that it is a lovely little place. The hype is justified because it is truly beautiful but hype isn’t always a good thing is it. If escaping to a picturesque spot to enjoy the peace and tranquility is what you are aiming to do then you better be prepared to share (and to some extent dilute) that peace and tranquility with a vast number of like minded people.
Any idea of sneaking in unnoticed is an impossibility. I went straight in past Salcombe and up to a little anchorage off Halwell point. Within 10 minutes the harbour launch was alongside and I was being given some light relief by the Harbourmaster by way of the fee for anchoring. The harbour staff are extremely friendly, they tell you exactly what you need to know and are really helpful.

Bloody hell! Boats, boats, boats and more boats everywhere and then I was told ‘In the season it gets busy’! Really? This isn’t busy? Now I understand the need for their military like precision and efficiency. I also now believe that there is life after death and if you are a RIB you go through the gates, pay your harbour dues and arrive in Salcombe. They are everywhere although I have to say 90% were tied up to the various private berth holder pontoons but I can only imagine that on a sunny day in the season, you can probably be Jesus like and walk across from one side to the other without getting your feet wet!
Apparently over 40 percent of the properties in Salcombe are second homes and very grand many of them are too. However, Im not sure that this is ever a very good thing for the feel of a place and I imagine that whilst this probably felt like a beautiful quaint little place once upon a time, I think to some extent, this has probably been lost.
Still, this does not detract from what is a very special place and if you want to escape the masses there are various upper reaches without lots of boats but these places are only accessible if you are able to take the ground because three hours after high tide, the water has completely gone!
I spent two nights at Salcombe. The first night at anchor but on the second day whilst not forecasted, it blew its cock off and being totally unsheltered in my anchorage I moved alongside a sheltered floating pontoon. On Thursday morning it was cold and raining. I got ready for sea, pointed Fiesta away from Salcombe and towards Plymouth. Fortunately the rain cleared and a very nice easy sail followed and we arrived in Plymouth at about 4pm having had the benefit of the outgoing tide helping us along the coast before the incoming tide swept us into Plymouth. There are lots of rules and regulations for yachts regarding separation distance from war ships, submarines etc in the harbour and the chart looks scarily complicated when you are planning your entry. However, as is usually the case, following a bit of preparation it wasn’t nearly as bad in the flesh and we got in without stepping on any Naval or commercial vessel toes. I am well and truly in the middle of it here at Sutton Marina in Plymouth. There are bars all around and as soon as I realised that the reason for all the strangely dressed folk is that it is ‘Pirate’s Weekend’ this weekend I relaxed. I have no idea what Pirate Weekend entails but Im looking forward to finding out…..

Right, its time to come clean about my problem.

Fiesta and I have had to ‘sit down and have a heart to heart’ about our relationship. Those words strike fear and dread into the hearts of most men and I am no exception. To be perfectly honest I have been aware that things have not been quite right between us for a month or so but I was blissfully unaware that this was going to amount to a major crisis and instead I chose to ignore the little signs as much as possible in the hope that the problem would be but a little blip and an easy fix. However, regrettably I have had to accept that I am not measuring up in a certain department and we need to do something about it.
I like to think I am a modern man and rather than bury my head in the sand I have had to admit that my amateur fumblings have not been hitting the right spot and Fiesta remains unsatisfied. The consolation, albeit only a small one (none taken), is that I have been dabbling in the right general area and giving it my all; a little bit left, a little right, up a bit, down a bit, no no – not that far down, elbow deep in dark places, trying slow and measured to fast and frantic, nearly there, yes its gonna work, keep going, keep going, no not quite, oh no, oh no, its gone! It’s just no good, I just can’t find little Miss Autopilot’s sweet spot and god knows I’ve tried EVERYTHING! We’ve discussed it, laughed and cried but finally I have accepted that it’s me, not her. I just can’t make it work.

Following a recommendation from a friend in Burnham (cheers Andy of Yachting Solutions) I made a call to an expert marine electrician here in Plymouth who showed up at the drop of a hat. He ran some tests and gave me a couple of options.
So, I’m going to let him put his hands on her and give her what she needs. This isn’t going to be some ‘Indecent Proposal’ Robert Redford kind of affair. Oh no! I’m going to be there to watch, learn, touch, hold this, pull that etc etc and together we are going to make a fist of it. Okay, okay I know thats a whole new level but I am prepared to do whatever it takes to get us back to where we need to be.
Following his advice I am going to do the preparation work and once I have that in place he is going to come down at the critical moment and finish her off for me…..

The truth is that as a single hander I can’t be without the autopilot and the only viable option for the sake of keeping my trip on track and tackling some of the longer legs on my own is to junk the old stuff and cough up for the new. If I say it quickly, it doesn’t hurt as much but the net result is going to be GBP 2,350. There, I’ve said it. Still, it doesn’t matter I get paid in two weeks. Hang on, oh f*ck……Better put a call in to Sarah. She’s got previous with unemployed boyfriends so we should be fine…..

Approaching the entrance, some of the rocks on the way in and the ‘Conspicuous white house over the bar’ 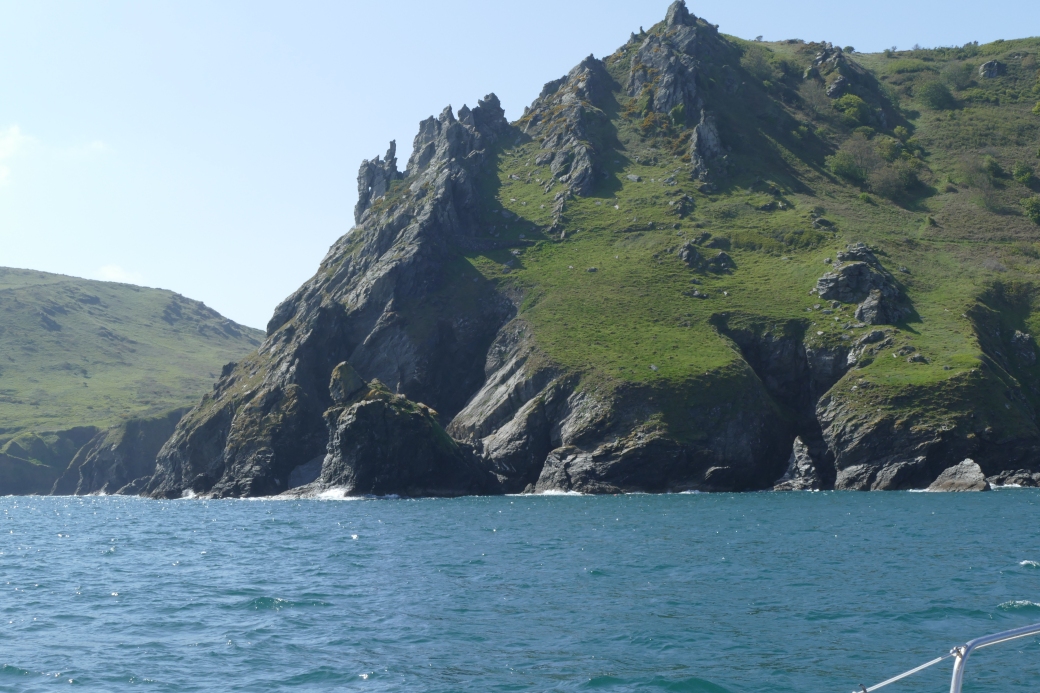 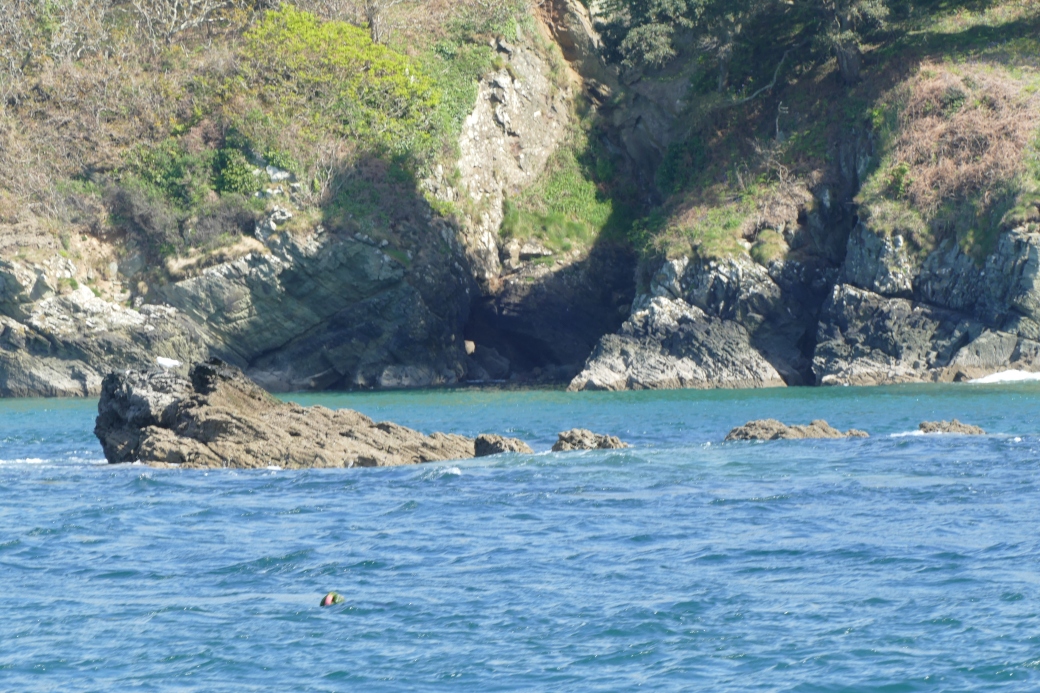 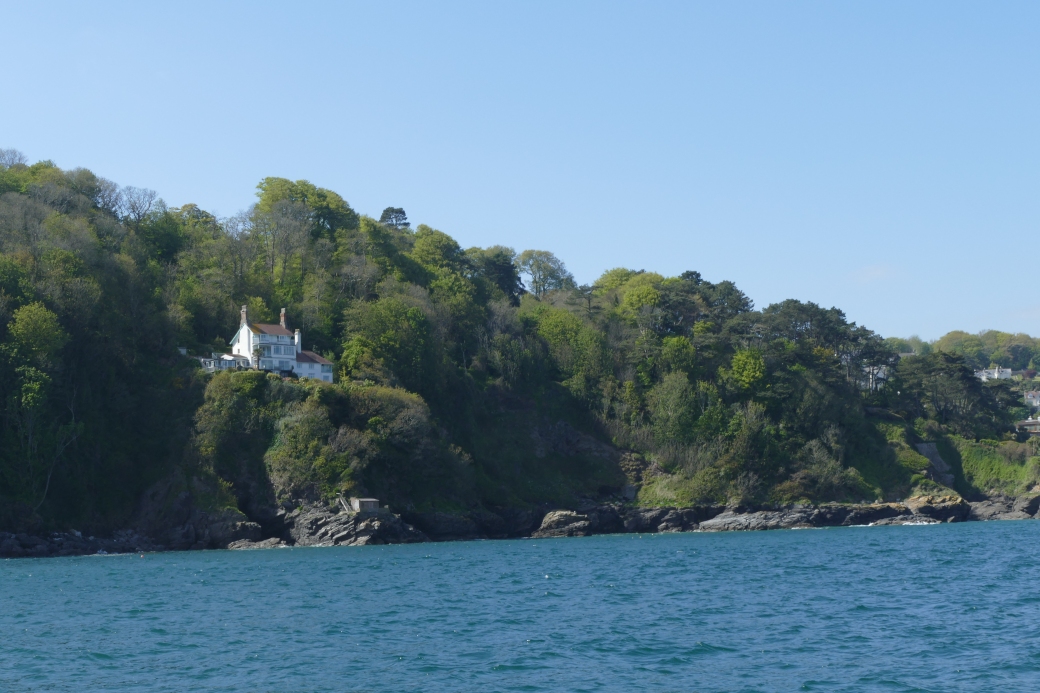 Just like sailors, it seems there are two types of swans. Those that have been aground and those that are going to go aground….don’t worry mate, I know its embarrasing 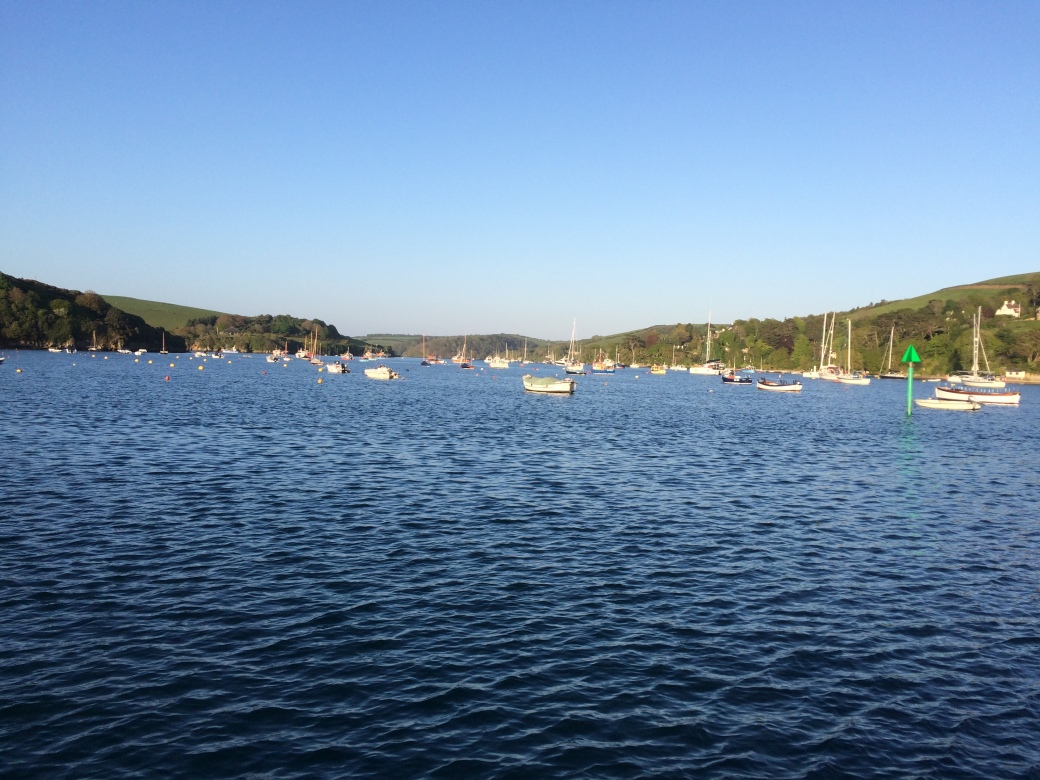 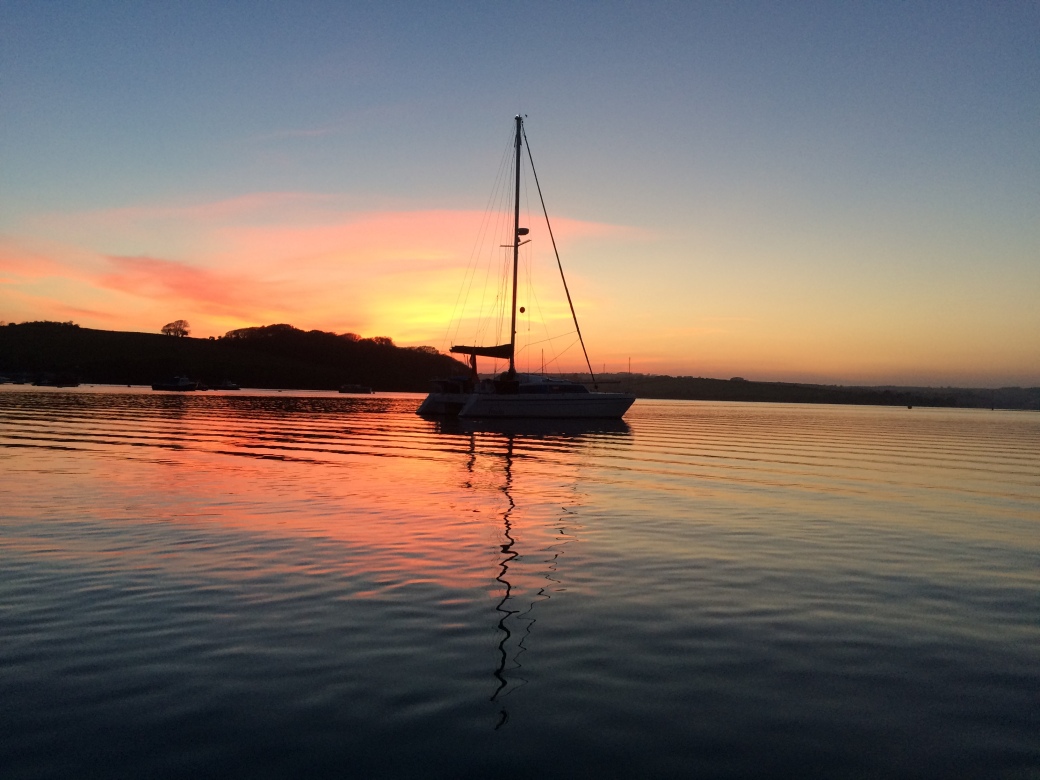 2 thoughts on “Salcombe and admitting that I need help!”